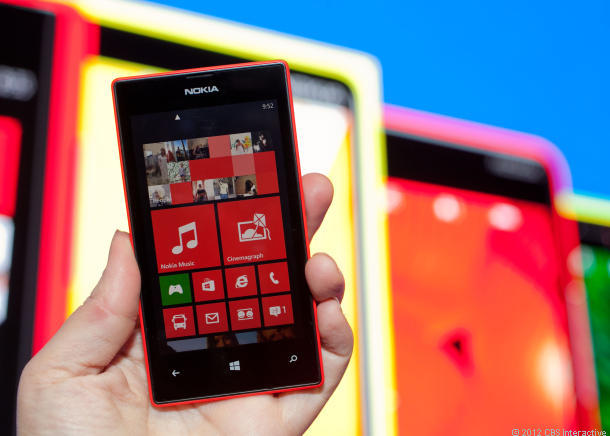 Windows Phone continues to eke out gains in a landscape dominated by Android and iOS.

During the third quarter, Microsoft's mobile OS share rose to 3.6 percent globally from 2.3 percent in the year-ago quarter, Gartner said in a report on Thursday. Shipments grew to 8.9 million from 3.9 million over the same period. Though Android's market share surged to more than 80 percent, Gartner dubbed Microsoft the winner of the quarter, with a gain in shipments of 123 percent.

Microsoft's decision to buy Nokia's devices and services business is also seen as a savvy move and one that "will unify effort and help drive appeal of Windows ecosystem," Gartner principal research Anshul Gupta said in a statement.

Still on top by a wide margin, Android scored a market share of 81.9 percent last quarter, up from 72.6 percent a year ago, according to Gartner. That put Google's mobile OS even further ahead of Apple's iOS, which saw its slice of the market drop to 12.1 percent from 14.3 percent.

Gartner laid part of the blame for Apple's downturn on an insufficient supply of iPhone 5S units.

"While the arrival of the new iPhones 5S and 5C had a positive impact on overall sales, such impact could have been greater had they not started shipping late in the quarter," Gupta said. "While we saw some inventory built up for the iPhone 5C, there was good demand for iPhone 5S with stock out in many markets."

Among smartphone makers, Lenovo earned a 5.1 percent share last quarter on shipments of 12.8 million, putting it in third place behind Samsung and Apple.